After upgrading to macOS Monterey, Big Sur, Sierra, El Capitan, Yosemite or Mavericks, the Quick Look function to preview a movie file in thumbnail won’t work any more for files with extension of .avi, .wmv, .flv,. .mkv, .divx. When attempting to preview such movie files with Quick Look, it shows an empty document with zero KB in size. When double-clicking on the movie files, it opens in QuickTime Player X but then immediately converts with conversion process never finished even you wait for 24 hours. Can QuickTime X play AVI, WMV, FLV, MKV, DivX in Monterey/Big Sur/Sierra/El Capitan/Yosemite/Mavericks?

The fact is that QuickTime X does not support AVI, WMV, FLV, MKV, DivX playback and preview before nor after, no matter in Monterey, Big Sur, Mountain Lion, Mavericks, nor in Yosemite. Apple QuickTime player X can only play video in MP4, MOV, M4V. And with the package of codecs for the professional user who hold a copy of Final Cut Pro, Motion, or Compressor, QuickTime video formats playback support extends to Apple Intermediate, Apple ProRes, AVC-Intra, DVCPRO HD, HDV, XDCAM HD / EX /, HD422, MPEG IMX, Uncompressed 4:2:2, and XAVC codecs but still no support for AVI, WMV, MKV, FLV, DivX.

Is there any way to Quick Look or Play AVI, WMV, FLV, MKV, DivX in QuickTime X in Monterey, Big Sur?

There were several people who would like to revert to run QuickTime 7 in Yosemite/Mavericks with Perian plugin to quick look and playback AVI, WMV, FLV, MKV, DivX. Still, there are more people who would like to stick to QuickTime Player X as it is pre-installed in Yosemite/Mavericks and it is the latest technology with modern interface and cool functions such as play high definition 1080p movies and airplay. Then is there any way to preview AVI, WMV, FLV, MKV, DivX video files and play them in QuickTime X? In fact, it is quite easy as long as you own the powerful Video Converter for Monterey/Big Sur/Sierra/El Capitan/Yosemite/Mavericks.

Aiseesoft Video Converter for Mac is the best and the most powerful video converter for OS X 10.10 Yosemite and OS X 10.9 Mavericks that lets you rip DVDs (including those with copyright protection), convert video and audio files, copy & burn DVDs, and instantly download online video. Convert it all in one place and Convert it faster. 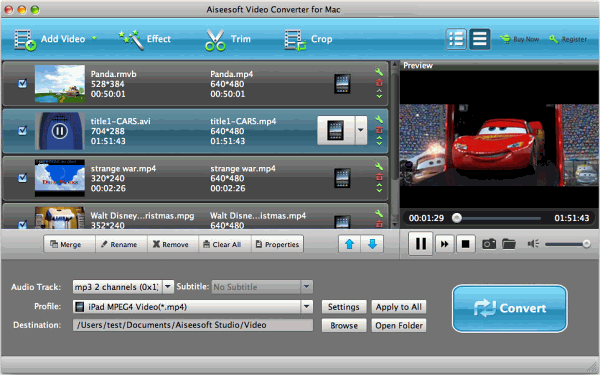 Press on “Add Files” button on the main interface to import the files you want to convert. 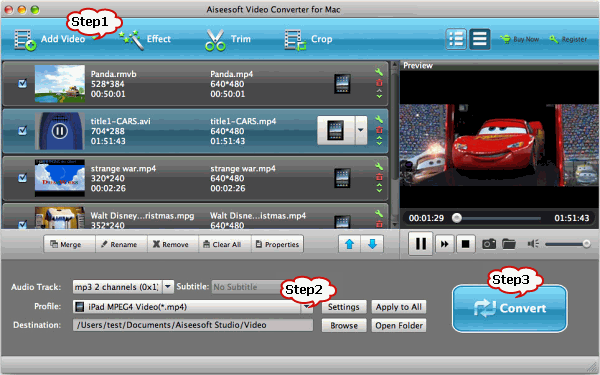 Press on “Convert” button at the bottom right to start conversion. Then you can easily play or preview your movie files in QuickTime X.