Just a year later of the launch of iOS 6, Apple released another big update of iOS system, the iOS 7. iOS 7 entered a new chapter for iOS for it is designed to be beautiful as well as work beautifully. iOS 7 introduces great new features like Control Center, AirDrop for iOS, and smarter multitasking.

Althogh iOS 7 is deserved to be updated to, don’t rush for the iOS 7 until you backup your device data. When upgrading to the former big update of iOS system, the iOS 6, many people suffered from the head issue “iPhone, iPad, or iPod touch was stuck in recovery mode and needed to be restored to factory settings and thus lost their data Contacts, Canlendar, Nots, Photos, Music, Playlists, Video due to no data backup before updating iOS 6“. So you shall take precautions to backup iPhone, iPad, iPod touch data before upgrading to iOS 7.

There are three methods to backup your Apple devices

If you are running iOS 5 or later, you can backup your iPhone, iPad, iPod touch settings, app data, music and videos, Contacts, Notes, Canlendar, SMS, Safari Bookmarks before upgrading to iOS 7 using iCloud.

Step 1: Go to Settings > iCloud on your device

On your device, Go to “Settings > iCloud” 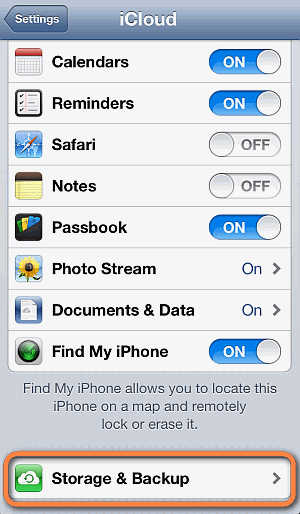 Tap “Backup Up Now” and stand-by until the iPhone, iPad, or iPod Touch data is backed up to your iCloud account. 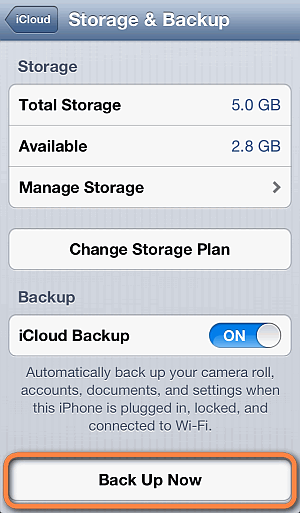 On your Mac or PC, open iTunes and connect your iDevice. Once your iPhone, iPad or iPod appears in iTunes, right click and select “Back Up” to start backup your data. 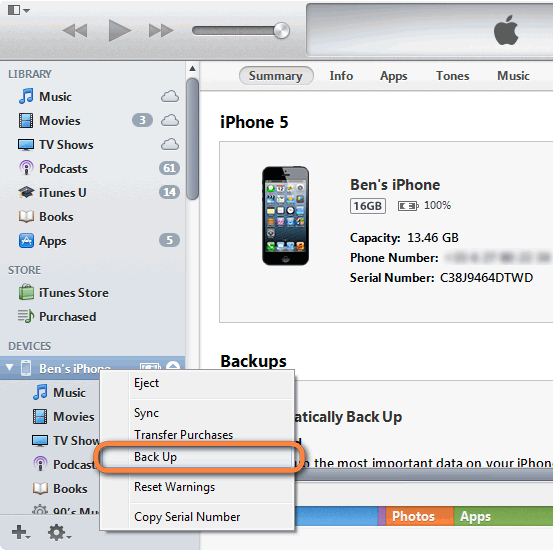 Are you still afraid that you will lose precious data of Contacts, SMS, Notes, Music, Video although you’ve backuped your data via iTunes or iCloud? You can use third party program to export your Cotnacts, SMS, Music, Notes, video, etc to Mac computer or Windows PC before updating to iOS 7. You can follow the guide Backup music from iOS 7 iPad/iPhone/iPod to Mac/PC Computer. The guide also works for exporting and backuping contacts, Music, Movie, Photo, ePub, PDF, Audiobook, Voice Memo, Camera Roll, Podcast and TV Show, etc to computer for iOS 6, iOS 5, or iOS 7 devices.