GoPro Studio is smart video editor which makes it easier than ever to create professional-quality video with GoPro Hero Camera footages. GoPro Studio gives you plenty of useful editing tools in a really gorgeous package. It provides a simple way to import footage, speed it up or slow it down, crop, and make image adjustments (like removing the fisheye lens distortion, or adjusting color or contrast).

Download Total Video Converter (For Windows, For Mac). Install and launch the program.

Simply click on “Add File” button to import files to the program. 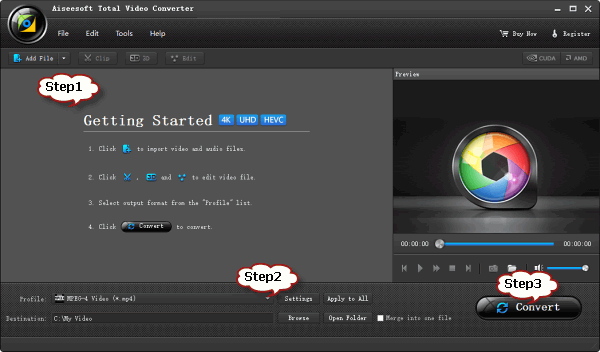