Sony Vegas Pro makes it easy to import and edit movies, images and music for creating your next video or audio masterpiece. However, it will be a frustrating thing if you have problems of importing video files to Sony Vegas, especially the video files are the so common MP4 files. Though MP4 is a listed supported format by Sony Vegas, many people are having problems of importing MP4 to Sony Vegas. The latest Sony Vegas 18 still won’t solve “Sony Vegas Won’t import/read/open/accept some MP4 files”.

The headache issues with Sony Vegas dealing MP4 files may causes by hardware issue or codec issue. First make sure your computer is powerful enough and has enough disk space as Sony Vegas requires your computer be powerful enough and have enough disk space for video editing. That’s to say, if your source files are quite large and you won’t have enough space on the output folder, Sony Vegas will not import MP4 files.

If your computer is powerful enough and you have enough space on your hard drive, but still have problem of importing MP4 to Sony Vegas, the issues can be caused by the unsupported audio and video codecs packed in the MP4 container. you can follow the following methods to have your problem solved. The following methods can solve the issue of “Sony Vegas 18/1716/15/14/13/12/11 can’t open/support/add/read MP4 video/codec”. 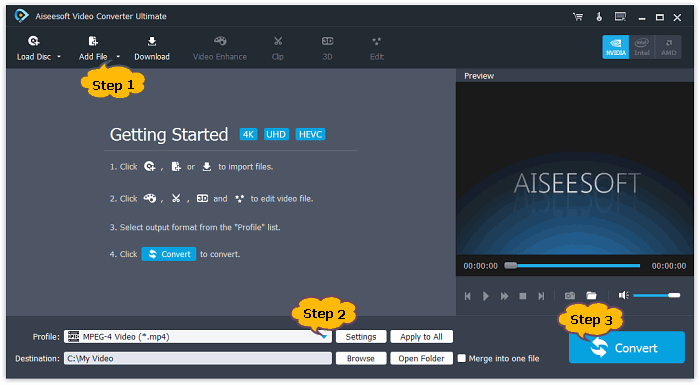 Click the “Profile” drop-down arrow to open the profile list, and find the category of “Adobe Prepiere/Sony Vegas”. The you can set Sony Vegas compatible video “WMV(VC-1) Video(*.wmv)” or MPEG-2 Video(*.mpg)” or “MOV(AVC) Video(*.mov)” 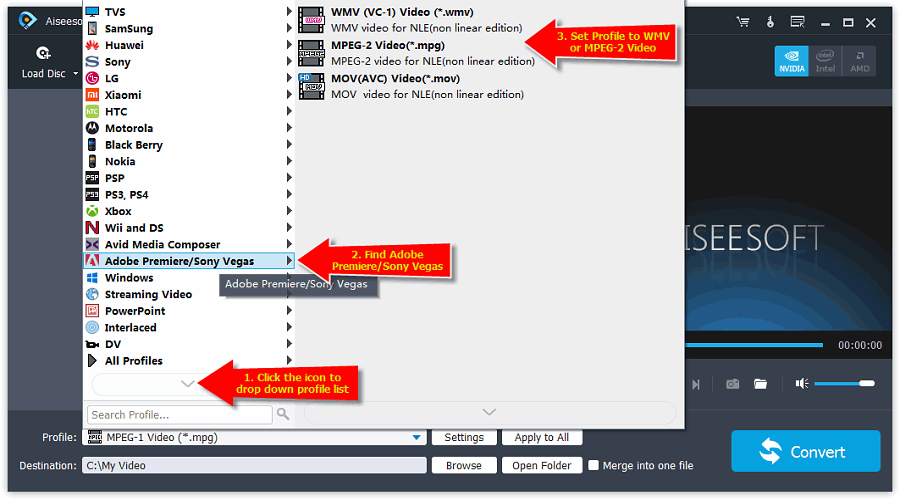 When the conversion is finished, simply click “Open Folder” to get the converted MP4 videos, and then drag them to the timeline of Sony Vegas Pro. It’s that easy to solve “Sony Vegas can’t import, read, open, recognize or accept MP4” issue.