The Story of QiXi Festival

QiXi Festival comes from a romantic and beautiful love story that every girl was told even they were very young, that is the story of NiuLang and Zhi Nü. The legend related to this festival goes like this: 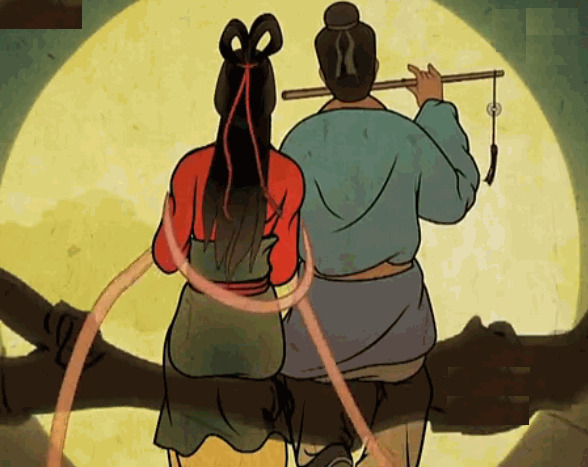 Once upon a time the Weaving Fairy (Zhi Nü) in heaven fell in love with a Herd Boy (NiuLang) on earth when she went to the man’s world to play. The Weaving Fairy was so devoted to her love that she gave up all her privileges of being a fairy in heaven and came down on earth to live with her beloved. For several years, they led a happy life, and the Weaving Fairy gave birth to two lovely children. However, the Weaving Fairy’s mother, the Lady Queen Mother, learnt about this and was so angry that she had her daughter, the Weaving Fairy, taken back to heaven by force. The Herd Boy, taking with their two children, ran after the Weaving Fairy. But the Lady Queen mother took out her hairpin and drew a river between them. Niu Lang and Zhi Nü were separated on both sides of the river, no way to be reunited. Overtime, they turned into the star Vega and the star Altair; the river turned into the Milky Way. People were very sympathetic with the couple. To help them, thousands of swallows formed a bridge across the river on the seventh day of the seventh lunar month so that they could meet each other once a year. 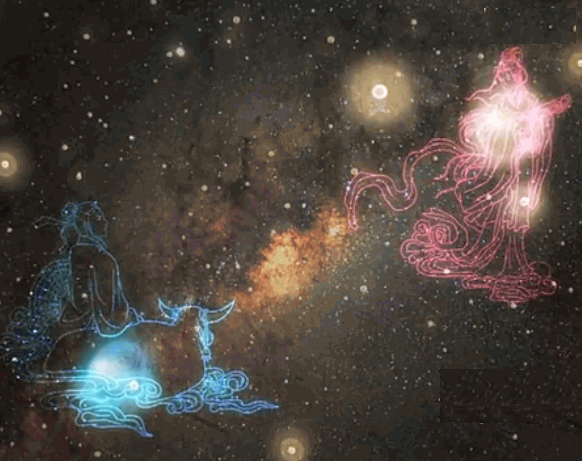 The Traditions of QiXi Festival

QiXi Festival becomes the most romantic of all the traditional Chinese holidays. QiXi Festival is also called Qiqiao Festival (Chinese: 乞巧节), as Zhi Nü is a ingenious and handy fairy in the legend. Girls in the world will pray to Zhi Nü for dexterity in needlework, which symbolize the traditional talents of a good spouse. They make wishes for marrying someone who would be a good and loving husband. During the festival, girls make a display of their domestic skills. Traditionally, there would be contests amongst those who attempted to be the best in threading needles under low-light conditions like the glow of an ember or a half moon.

The festival also held an importance for newlywed couples. Traditionally, they would worship the celestial couple for the last time and bid farewell to them. The celebration stood symbol for a happy marriage and showed that the married woman was treasured by her new family.

During this festival, a festoon is placed in the yard. Single and newlywed women make offerings to Niulang and Zhinü, which may include fruit, flowers, tea, and face powder. After finishing the offerings, half of the face powder is thrown on the roof and the other half divided among the young women. It is believed that, by doing this, the women are bound in beauty with Zhinü. Tales say that it will rain on this fateful day if there’s crying in heaven. Other tales say that you can hear the lovers talking if you stand under grapevines on this night.

Famous Poem about the Lengend of QiXi

The story of QiXi Festival is so romantic that it has inspired many great classics of ancient writers, scholars and calligraphers in the Chinese history. QueQiaoXian writen by QinGuan in the Song dynasty is a famous poem praising the loyal love story of NiuLang and Zhi Nü.

The poem writes:
Clouds float like works of art;
Stars shoot with grief at heart.
Across the Milky Way the Cowherd meets the Maid
When Autumn’s Golden wind embraces Dew of Jades,
All the love scenes on earth, however many, fade
Their tender love flows like a stream;
This happy date seems but a dream.
Can they bear a separate homeward way?
If love between both sides can last for aye,
Why need they stay together night and day?